Do You Have Any Civil War Veterans in Your Town?

In the cemetery that is…

I grew up in , a town in the central part of the state. There were a number of Civil War veterans (mostly Union) whose final resting place was in the city cemetery in . While growing up, I liked to ride my bicycle to the cemetery and look at the headstones. At one point I even wrote down the names of all of the Civil War veterans buried in the cemetery and did some research on the military units listed on their markers.

Yesterday, I drove into Pryor’s to take photographs of the grave sites of Civil War veterans. It didn’t me long to notice that I was the only visitor at the cemetery. Perhaps this was due to the strong south wind and the nearly 100 degree temperature? The grass is starting to look scorched in the cemetery due to our recent hot temperatures. In a highly unscientific and incomplete survey, the eleven graves that I located in Pryor were divided between four and seven Confederate soldiers. The Union veterans were:

Private Andrew B. Collins, Company I, 3rd Missouri Cavalry [This unit campaigned mostly in and .]. According to cemetery records available through the Thomas J. Harrison Public Library website, Private Collins died on 9 June 1904. 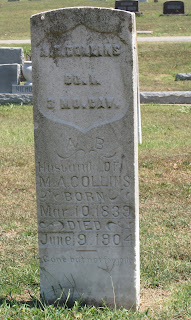 Private William B. Collins, Company D, 10th Tennessee Infantry [Organized in 1862, this regiment spent the war on guard duty in .] He died on 9 December 1905. 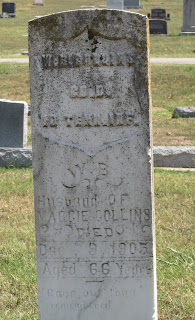 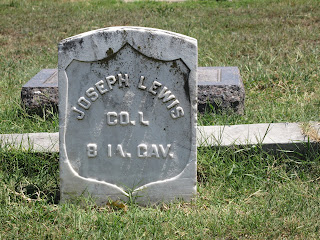 Private John D. Wilkins, Company F, 29th Iowa Infantry [This regiment saw quite a bit of service including the battles of Helena, Jenkins Ferry, and actions around Mobile, Alabama.] There is no record of Wilkins' date of death in the cemetery records. 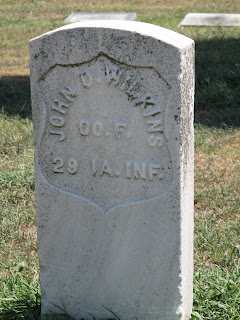 Three of these veterans died before statehood. I wonder what brought them to the Indian Territory? Next time…Confederate Veterans in Pryor

Posted by Jane Johansson at 9:44 AM