For those who are in the area, I'll be presenting "A Constant School of Excitement: Albert C. Ellithorpe and the Civil War on the Frontier" this Monday, September 28th at 6:00 pm. The lecture will be in the Baird Hall Performance Studio on the Rogers State University campus in Claremore, Oklahoma. Hope to see you there!
Posted by Jane Johansson at 9:26 PM No comments:

Out West with Samuel Clemens

Typically I read one non-fiction book (often about the Civil War) and a fiction book. Recently, I finished reading Roughing It (1872), an autobiographical work by Samuel Clemens (Mark Twain) with some tall tales mixed in. After beginning it, I checked the chronology section in my Library of America edition and noticed that the book is about Clemens’ life from 1861-1866. So many young men were involved in the Civil War that it’s hard to believe that some, like Clemens, were able to neatly sidestep it. Well, that isn’t entirely accurate since he did serve in the Marion Rangers, a Missouri Confederate unit, however, that was for less than a month.

Soon afterwards he boarded a stagecoach with the newly appointed Secretary to the Nevada Territory, his brother Orion, and traveled far, far from the war. The book is an entertaining recounting of life in the Nevada Territory where everyone, it seemed, was engrossed with making, or trying to make, a fortune in the silver mines. Clemens employed tall tales and self-effacing humor in describing his unsuccessful attempts to make it big. After many pages, I had to ask myself…what about the War? It is a topic almost completely missing from the pages of his book. Was he trying to obscure the fact that he did not serve when so many other young men were in the military? Was the War really such a minor topic to those in the Far West? On the other hand, the book was a companion to his earlier Innocents Abroad (1869) written in a similar style.

His only extended story that related to the War is about Reuel Gridley, a defeated political candidate, who auctioned off in several western cities a sack of flour for the benefit of the Sanitary Commission. Clemens described the amazing enthusiasm at these auctions that resulted in raising an estimated $150,000 for the Commission.

If nothing else, the book shows some of the variety of wartime experiences and gives some insight into the life of one of America’s greatest writers. Four years after Roughing It came out, Clemens’ pen turned to Missouri with the publication of The Adventures of Tom Sawyer. In a way, Mark Twain had finally returned home.
Posted by Jane Johansson at 7:29 PM No comments: 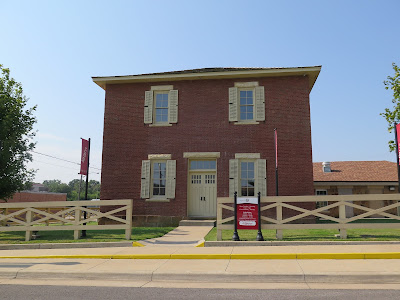 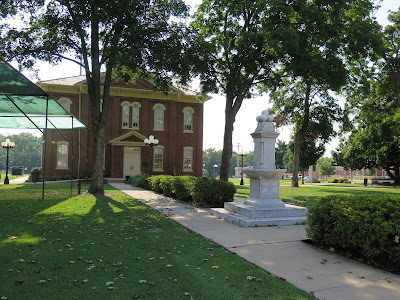 Citation for Hitchcock quote: Foreman, Grant, ed. A Traveler in Indian Territory: The Journal of Ethan Allen Hitchcock. Norman: University of Oklahoma Press, 1930 (reprinted in 1996).
Posted by Jane Johansson at 6:55 PM No comments: