Soon, a Civil War series sponsored by the Springfield-Greene County Library District (Springfield, Missouri) and focusing on the year 1863 will begin. Comprising a dozen talks altogether, the series starts on July 10th and runs through July 22nd. Additionally, special guided tours of the Wilson’s Creek National Battlefield as well as a tour of sites associated with the Battle of Springfield will be conducted.

In conjunction with a Civil War Round Table meeting, I will start the series on July 10th at 7:00 pm with a presentation about Albert C. Ellithorpe and the 1st Indian Home Guards. The talk will focus on the nature of warfare in the trans-Mississippi and the role of Indian troops. Other paper topics and their presenters include the battle of Honey Springs (Ralph Jones), Ulysses S. Grant (Pam Sanfilippo), the massacre at Baxter Springs (Matt Matthews), the Vicksburg campaign (Terry Winschel), Guerrillas, Civilians, and the Nature of Warfare in the Trans-Mississippi (Matt Stith), the raid on Lawrence (Jeremy Neely), the campaign to take Little Rock (Mark Christ), Longstreet and the Gettysburg Controversy (William Piston), George Meade: the Victor of Gettysburg (Michael Price), the hospital diary of Corporal William Miller, 75th Indiana Infantry (Jeffrey Patrick), and From Virginia to Missouri: The Civil War in 1863 (William Piston). The series closes with a book discussion group led by Steven E. Woodworth. For complete information on topics, dates, times, etc. see the Springfield-Greene County Library District website.
Posted by Jane Johansson at 7:42 PM No comments:

Iowans on the March

As some of my previous postings have noted, soldiers in the trans-Mississippi were involved in some incredible marches. One of these marches is documented in Jeffrey L. Patrick’s Campaign for Wilson’s Creek: The Fight for Missouri Begins. The book is part of

the McWhiney Foundation Press’ “Civil War Campaigns and Commanders” series, consisting of shorter books about a variety of topics. Patrick’s book is a clearly written study of the Wilson’s Creek campaign. Notably, it includes a number of helpful maps and sidebars with biographical data about prominent campaign participants.

Patrick’s description of the march is based partly on Missouri in 1861: The Civil War Letters of Franc B. Wilkie, Newspaper Correspondent. Edited by Michael E. Banasik, this excellent source focuses on the activities of the 1st Iowa Infantry during the Wilson’s Creek campaign; in the second half of the book, Wilkie chronicles the later 1861 fall campaigns.

While crossing the Osage River on July 11th, Brigadier General Nathaniel Lyon learned that Brigadier General Franz Sigel’s force was retreating to Springfield after the battle at Carthage with Confederate forces in pursuit. Lyon ordered a forced march to Springfield to rescue Sigel and his men. The 1st Iowa Infantry led the way for Lyon’s force and pulled out shortly afterwards at 5:00 a.m. on July 11th.  Ten hours later, the 1st Iowa had logged 27 miles. Following a break of about three hours, the soldiers again took up the march and by 3:00 a.m. on July 12th, they had traveled an additional 21 miles. A two-hour break followed and then the soldiers trudged another five miles. At this point, a courier arrived to announce that Sigel’s force had arrived safely in Springfield. So, from 5:00 a.m. on July 11th to the morning of July 12th, the 1st Iowa infantry marched 53 miles. The men sustained themselves in part by singing “Happy Land of Canaan,” a tune enhanced by the addition of over 200 verses.
Posted by Jane Johansson at 6:30 PM No comments:

Recently, I was visiting with a new acquaintance that told me about the various Civil War sites within a day’s drive of their town in an Eastern state. Rather than being struck with envy, I told them about all the Civil War era sites within day trip range of Pryor, Oklahoma, the town that I live in. They were impressed and surprised; actually, so was I because I had never catalogued all the Border War sites within easy day trip range of my home. When I moved to Pryor, Oklahoma, a number of years ago, I had no idea what a great location it is in regard to Civil War places.

Below is a list of places relating to the Civil War era within day trip range of my home. The qualifications that I set for inclusion in the list were 1) the site had to have a strong connection to the Civil War era, 2) the location had to be either a national or a state park, 3) the site had to be within manageable day trip range. Actually, all of the places listed, except for the Mine Creek Battlefield and Marais des Cygnes, are no more than 2 ½ hours away from Pryor one way. The Mine Creek Battlefield is almost beyond my limits for a day trip, but since I did actually visit it and Fort Scott in one day, I have included it.

The ones that I have listed are the places that I have actually visited. Here are three sites that I’m looking forward to visiting:

Twelve Civil War era sites within a day trip of my home—pretty respectable I think!
Posted by Jane Johansson at 7:17 PM No comments: 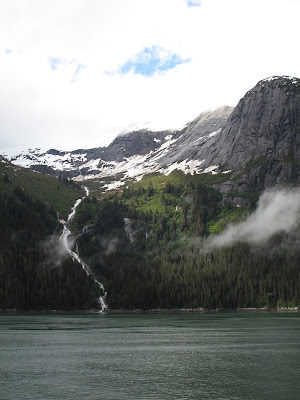 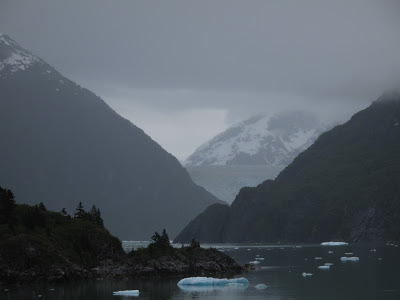 Posted by Jane Johansson at 11:44 AM No comments: