Craig Swain had a recent posting on his excellent blog about the discovery of live artillery rounds on Civil War battlefields, including one found at Prairie Grove. A city crew there found a James Rifle shell while working on a gas line, but an Army bomb squad destroyed the artifact. To read all about it, check out this Arkansas Online news story.
Posted by Jane Johansson at 6:23 PM No comments:

Occasionally, I come across a regimental history penned by a veteran that seems a bit more unvarnished than most. This appears to be the case with Charles P. Bosson’s History of the Forty-Second Regiment Infantry, Massachusetts Volunteers, 1862, 1863, 1864 (1886). The regiment was one of the many New England units that served in Louisiana, although the 42nd Massachusetts was mostly known for its participation in the battle of Galveston, Texas. In flipping through the book, Bosson praises his regiment’s service but also documents instances of regimental mayhem. His portrayal of the regiment’s personnel strikes me as considerably more honest than many other accounts written by veterans. Below are some examples:

“In Company B, Captain Townsend was very troublesome. In September he carried his supposed grievances so far as to remain away from camp, and order his men to keep away also.” (p. 5)

“A few bad men were enlisted, ‘tis true, but less than the usual proportion found in regiments formed and enlisted as this was. About one-tenth, or say nearly one hundred men, were of that disposition and temperament, in case of going into action the very best thing to be done with them, for the safety of the regiment, would be to hurl them into a ditch with orders to stay there until the fighting was over.” (p. 8)

In an unusual feature, Bosson included a table that listed deserters from his regiment. (pages 34-37)

Bosson described the case of Corporal Everett A. Denny who was reduced to the ranks and ordered to forfeit $10 of pay and be publicly reprimanded for writing and publishing “an article containing sentiments false and calculated to mislead the public with reference to the acts of Captain George P. Davis.” Denny claimed that there was an “indiscriminate distribution of whisky by even superior officers” aboard ship. (pages 145-147)

And then there was the sad case of Private John H. Cary whose death “was the result of hard drinking…Cary had been a hard drinker ever since his return from Texas, and shown such symptoms of delirium as to cause a watch to be kept on him…His body was found, badly decomposed, in the swamp by the roadside, not far from camp, on the thirteenth of May.” (p. 237)

It would be interesting to know what veterans of the 42nd Massachusetts thought about this book. I suspect that some were rather horrified at some of the episodes that Bosson chose to include in his history.
Posted by Jane Johansson at 2:47 PM No comments:

Today, I received an extremely positive outside reviewer’s report on my manuscript, A Constant School of Excitement: Albert C. Ellithorpe and the Civil War on the Frontier. Because of this the editor will recommend that the Press publish the book! Since it is not quite a done deal yet and won’t be for several more months, I don’t feel comfortable naming the publisher. But suffice it to say that I’m thrilled!!
Posted by Jane Johansson at 8:33 PM 2 comments:

Personal matters have diverted me from my blogging routine, and I’ve found it harder than expected to begin blogging again. I’m just now finding out about the 150th anniversary events that took place in April in commemoration of the sinking of the Sultana. The steamboat Sultana was packed with men released from prisoner of war camps in the South when it exploded on April 27, 1865. The result was the worst maritime disaster in American history, and, yet, it was an occurrence oddly overlooked, perhaps because it happened soon after Lincoln’s assassination and while Confederate armies were still surrendering. The Sultana was packed with approximately 2,400 passengers, and an estimated 1,800 died as a result of the explosion. Sinking near Mound City, Arkansas, the event has been commemorated for a number of years. I was surprised to learn that there have been twenty-eight reunions of descendants of the Sultana passengers. These have been held in a variety of locations such as Ohio, Vicksburg, Americus, Georgia, and in Marion, Arkansas. For further information about the Sultana and the reunions check out the Sultana Remembered website done by Pam Newhouse, a descendant of an Ohio soldier killed in the explosion.

Yes, it’s been many weeks since I last posted. Interestingly, a record number of people visited my blog last month in spite of the small number of postings. Does this mean readership will be higher if I post less? I won’t spend any more time pondering that.

Mother’s Day is a fitting time to begin posting again because my biggest supporter was my mom. Yes, was, because she passed away on April 10th after a short sickness. She was 89 years old and lived life to the fullest right up until the last few weeks when illness stole her mobility and strength but fortunately not her mind. 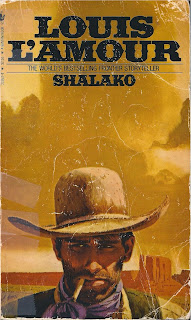 Mom would have disliked me writing anything sentimental about her so I’ll keep my tribute brief. She had no interest in the Civil War and didn’t mind confessing that. My parents (both working in medical fields) thought it a bit odd that they produced a daughter with an intense interest in the Civil War, and yet they were supportive of my peculiar obsession. Mom ended up being my most faithful companion on visits to Civil War battlefields. Why? She liked road trips, and we were congenial travelers. I appreciated her company and liked how she was more than willing to travel to out of the way places and explore country roads. Mom was a good sport about doing the driving tours at battlefields but had no interest in doing the walking trails in spite of her concern about me walking alone. For some reason, the trail on Bloody Hill at the Wilson’s Creek battlefield worried her the most.

She entertained herself at battlefields by staying in the car and reading. Louis L’Amour books were her favorites on these excursions. Shalako was reread seven times and rated a “very good” in her battered copy.

In spite of her limited Civil War knowledge, she was interested in all of my research projects with her favorite being my most recent. She never wearied of hearing about Albert Ellithorpe, and she occasionally said, “I like that Albert.” For that reason, as well as her tremendous support over the years, the book will be dedicated to her memory. I loved my mom and will certainly miss her support, love, and companionship. Thanks for everything, Mom!
Posted by Jane Johansson at 7:59 PM 2 comments: