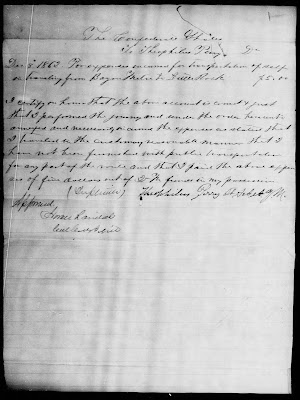 Earlier today, I attended a reenactment of the battle of Honey Springs near Checotah, Oklahoma. One of the sutlers had a table set up with a display of a book that is “hot off the press.” Mary Jane Warde’s When the Wolf Came: The Civil War and the Indian Territory (University of Arkansas Press) is a book that I have been eagerly anticipating, and when she arrived later in the day, I purchased a signed copy from her.

devoted many years to researching and preserving the history of the old Indian Territory. Built on a solid foundation of published and unpublished sources, including such rich archival collections as the records of the Cherokee, Choctaw, and Creek Nations, the present work demonstrates the impressive scope of her knowledge. From the removal acts of the 1830s to the post-Civil War readjustment of the western tribes, her sweeping narrative explores both the signal public events that marked the tumultuous era and the consequences for the territory’s tens of thousands of native peoples.” Weighing in at 404 pages, the book also includes a ten page bibliographical essay. I’m looking forward to digging into this book!

Railroads in the Pelican State

number, but one of the better ones is Lawrence E. Estaville, Jr.’s, Confederate Neckties: Louisiana Railroads in the Civil War (1989). The author packed a lot of information in just 123 pages. The Confederacy, according to Estaville, had 8,800 miles of railroad tracks when the war started with 395 of those miles in Louisiana. There were a dozen railroad companies in the State ranging from only a half mile for the Southern Pacific to the New Orleans, Jackson and Great Northern’s eighty-eight miles of track.

Based on a solid array of primary sources, Estaville shows how some of these railroads played an important role in the Confederacy’s supply network. Others, such as the New Orleans, Jackson and Great Northern became targets of military raids. Former Confederate General P. G. T. Beauregard became the railroad’s superintendent after the war and did a remarkable job of rebuilding that line. Confederate trans-Mississippi railroads faced many challenges such as a lack of iron railing. When General E. Kirby Smith wanted a rail line to be completed between Marshall, Texas, and Shreveport, Louisiana, the Southern Pacific took up some their track in east Texas and began building the line eastward from Waskom, Texas, toward Shreveport. Eleven miles were completed before the effort was abandoned due to the Union’s Red River campaign in the spring of 1864. Enhanced by twelve maps, Estaville’s book is a solid recounting of its subject.
Posted by Jane Johansson at 7:56 PM No comments: