Last month, I enjoyed a splendid outing to Shiloh National Military Park. Trans-Mississippi soldiers made a significant contribution during the battle as I mentioned in an earlier posting. Here is a pictorial overview of monuments honoring trans-Mississippi units at Shiloh.
Arkansas: [10 infantry units and 4 batteries were present at Shiloh] 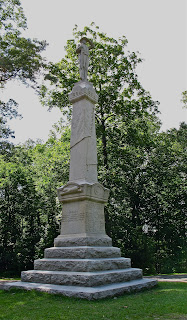 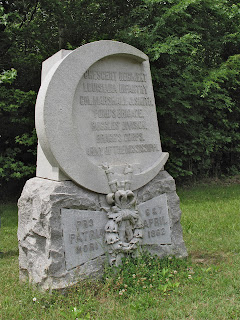 The reverse of the Crescent Monument: 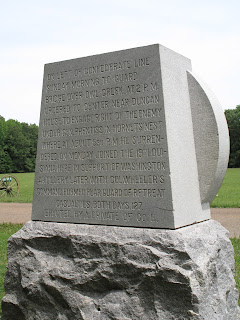 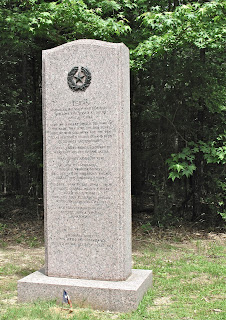 Iowa: [11 infantry units]
The State of Iowa sponsored a massive monument in honor of its troops at Shiloh: 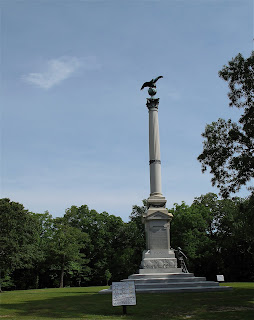 On this State monument, a figure representing Fame pens the deeds of Iowans at Shiloh: 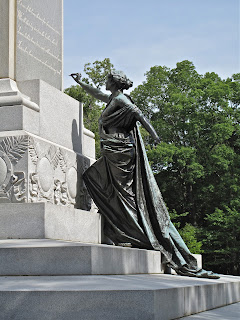 Iowa also funded individual monuments for each of the eleven infantry units. The state seal appears on each of these monuments: 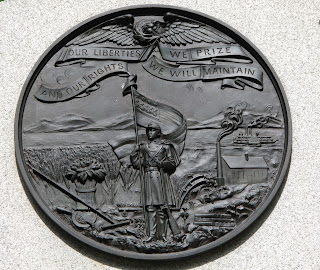 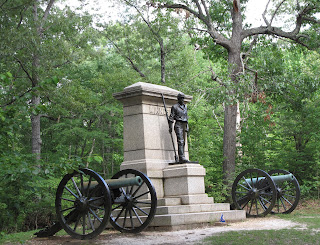 Nebraska: [1 infantry unit] The State of Nebraska did not fund a monument for the 1st Nebraska Infantry.
Missouri: [Union: 7 infantry units and 5 batteries; Confederate: 1 infantry unit] Missouri is unique in having both Union and Confederate units at Shiloh; fittingly this monument recognizes the contributions of Missouri units from both sides. Interestingly, a group of Missouri Boy Scouts raised the money, selected the design, and dedicated the monument! 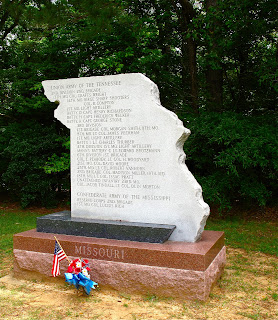 And, the reverse of the Missouri monument: 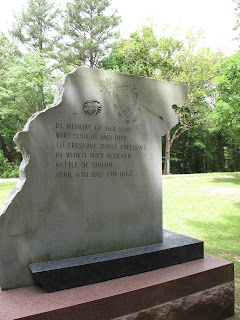 The information about individual monuments is from Stacy W. Reaves, A History & Guide To The Monuments of Shiloh National Park, (Charleston, SC: History Press), 2012.
Posted by Jane Johansson at 8:55 PM