Trawling through the Cemetery 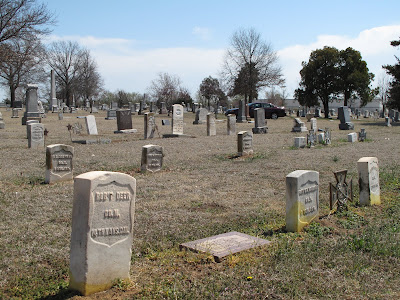 Regular readers will not be surprised to learn that I have visited yet another cemetery. This one, though, is one that I have visited many times—namely in , the town where I grew up. While growing up, I was fascinated by a section of the cemetery (shown above) that marked the final resting place of a number of Civil War veterans. One time I made a complete list of all of the Civil War veterans and researched all of the military units represented by them. I often pondered why Parker Wilson, a veteran of the 12th Vermont Infantry, moved to central . And what exactly drew 1st Sergeant W. E. Murry, a former member of the 51st New York Infantry, to ? The same could be asked of 13th Maine Infantry veteran, Charles Styles. Did John W. Wheeler (4th Wisconsin Cavalry) think longingly of the cool summers that he left behind? Certainly, though, there are Midwesterners represented at …J. N. Talbott (1oth Kansas Infantry), Robert Deer (14th Kansas Cavalry), Samuel J. Turner (48th Illinois Infantry), and Frank Fox (1st Iowa Battery). 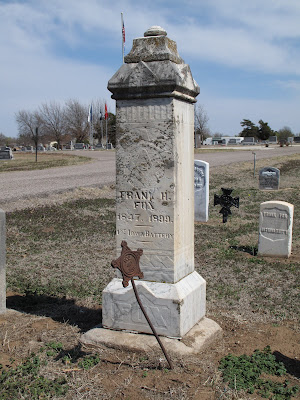 And in amongst them are some Confederate veterans like J. C. Tyrone who served in the 1st (McNair’s) Cavalry. Did Union and Confederate veterans socialize much in ? Did they trade war stories with each other? I’d like to think that they did, and I have a feeling they helped name two of the major streets in . No doubt those northern veterans suggested naming a street “,” and those Confederate veterans? Intriguingly there is a street named “,” and it intersects with . These veterans are in the west part of the cemetery not far from an Oklahoma Historical Society sign that notes the resting place of Dr. Brewster Higley who may have written the song, Home on the Range. 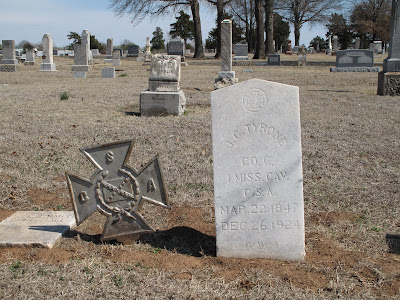 Posted by Jane Johansson at 8:11 PM