My intentions were to write a posting in recognition of the 150th anniversary of the battle of Jenkins’ Ferry on April 30th, but the “press of business” interfered. Instead, I'll focus on a Red River campaign veteran and his writings. John Mead Gould wrote the acclaimed A History of the First-Tenth-Twenty-ninth Maine Regiment published in 1871. Gould served in the eastern theater from April 1861 until May 1863, most notably experiencing combat at Cedar Mountain and Antietam. After the 10th Maine Infantry mustered out, Gould enlisted in the 29th Maine Infantry. Authorities mustered in the regiment in September 1863 and sent it several months later to New Orleans where it joined the 19th Corps. Lieutenant Gould then participated in campaigning and then combat at Mansfield, Pleasant Hill, Cane River, and Mansura during the Red River Campaign. Following service in Louisiana, the regiment then fought in the Shenandoah Valley Campaign. 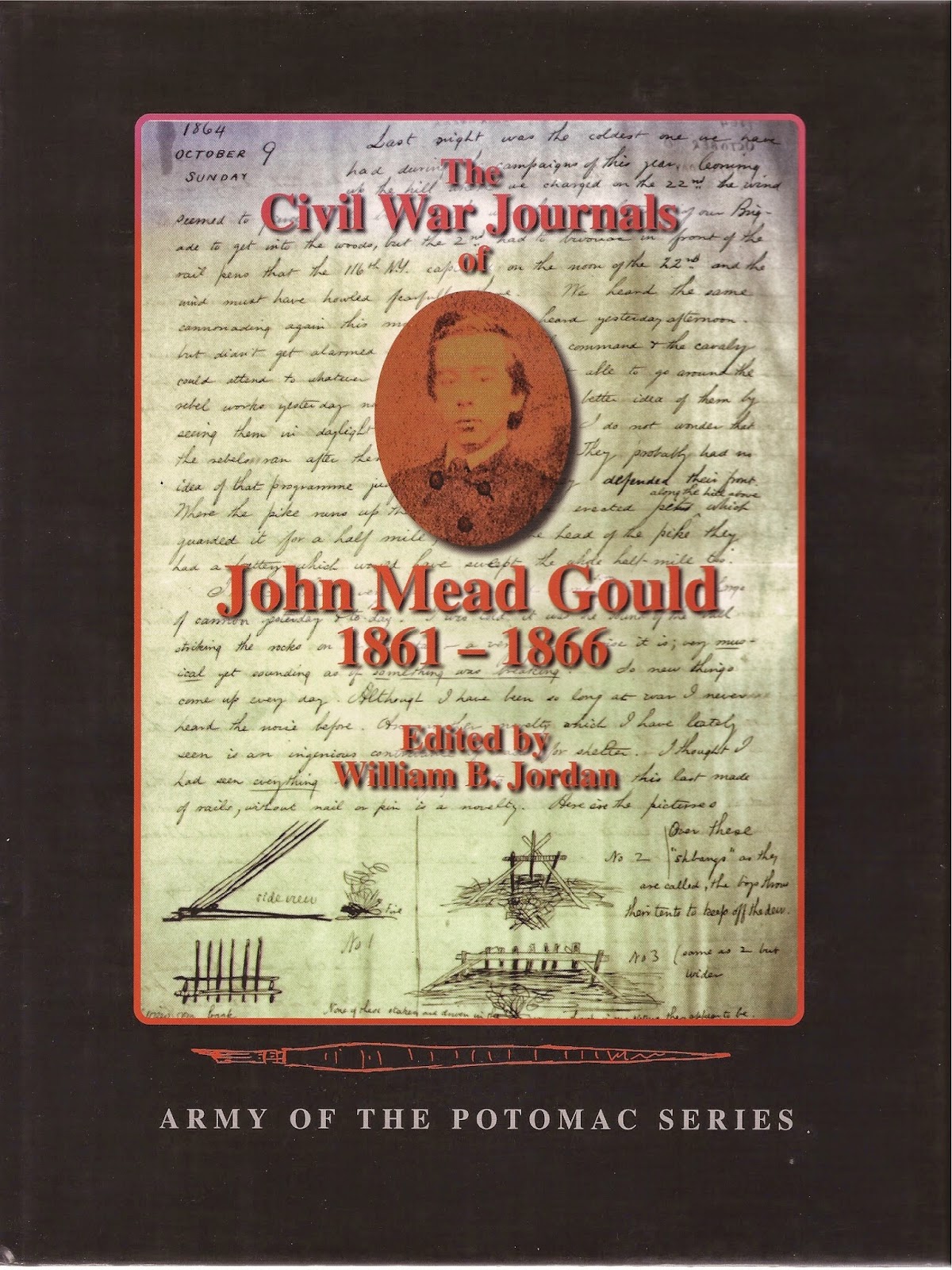 In 1997, the Butternut and Blue Press published The Civil War Journals Of John Mead Gould, 1861-1866 that were used extensively in the writing of his regimental history. The chapters on Gould’s service in Louisiana account for about 70 pages in this oversized 564 page book, and his entries tend to be lengthy and articulate ones.

He also had some interesting observations about Nathaniel Banks who is usually portrayed as incompetent (or worse) during the campaign. Earlier in the war, Gould served in a division commanded by Banks and then found himself again under Banks’ command in Louisiana. In his May 11, 1864 entry Gould wrote, “Gen’l Banks is a wonderful man. There is no one in the Army that has struck me as he does. He never has been brilliantly successful in any campaign and has retreated and lost ground and prisoners and had every kind of misfortune that a small army must have when opposed to one larger. Yet you never hear him evil spoken of as you do every other General, I mean you don’t hear his soldiers speak ill of him.
But the other day a man of the 116th N. Y. who was at work on the dam suddenly quit his hold on a log he was lifting at and commenced damning Gen’l. Banks instead of damming Red River. Now Gen’l. Banks was right behind him in his slouch hat, cavalry pants and flannel blouse at work shoveling dirt or something of that kind and the blackguarding he received was too much for his feelings to receive without notice. So he went over to the New Yorker and took hold of the log himself saying ‘Keep your temper my good fellow! Keep cool! Old Corporal Banks has been in many a tighter place than this. He’ll get you all our right.’ And the man who told me the story said the New Yorker was so ashamed and conscience stricken that he was telling the incident to all he met as an atonement for his evil speech. Gen’l. Banks certainly keeps up his popularity wonderfully and he has the genius to back him up that some of our popular Generals haven’t got” (p. 345).

Posted by Jane Johansson at 6:58 PM