Regular readers know of my fondness for visiting cemeteries so this posting will come as no surprise. One of the most historic towns in is Park Hill, which now has been almost overgrown by the neighboring, and much larger town of . Some of you will no doubt be surprised to learn that has a surviving antebellum house—the George M. Murrell Home stands in Park Hill and is open to the public. Just a short drive from the Murrell Home is the . It is situated on a peaceful hilltop and certainly counts as one of the most historic cemeteries in .

I visited this cemetery for the first time in April and was accompanied by my friend and fellow cemetery enthusiast, Leann. My mom also went along but did not feel up to walking the cemetery. Leann served as official trip photographer and the accompanying photographs are used with her permission. The first burial at the cemetery took place in 1842; John McDonald Ross was laid to rest on the hilltop, his grave marked by a rather elaborate marker. I thought it was interesting that he was "A Graduate of the College at Princeton, N. J." 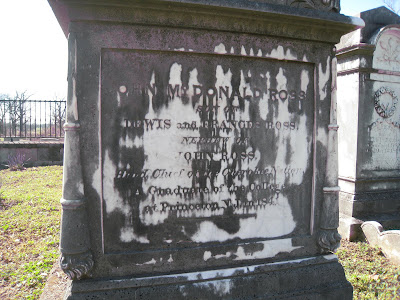 His uncle was John Ross, who served as the principal chief of the Cherokee Indians for nearly forty years. Chief Ross attempted to prevent the removal of the Cherokees from the southeastern , but eventually led the tribe to the . He dealt with much internal turmoil in the tribe due to removal and faced other, and sometimes related difficulties, once the Civil War began. Ross hoped that the Cherokee Nation would be neutral during the conflict, but the Cherokees eventually allied with the Confederacy. Once the Cherokee Nation was invaded by Federal forces, he traveled to Washington, D. C. where he attempted to ensure the survival of the Nation. He died in Washington, D. C. in 1866, was buried in , but soon disinterred and buried in the . 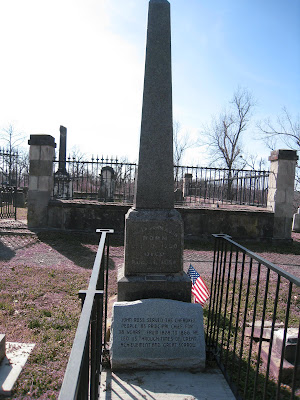 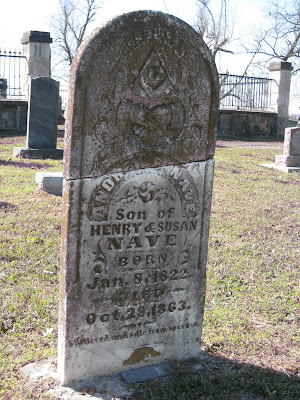 And, because of my interest in astronomy, I can’t resist mentioning Mary Golda Ross. As a young woman, she was employed by Lockheed where she worked on the Agena rocket project and then went on to work on projects involving fly-bys of Venus and Mars. 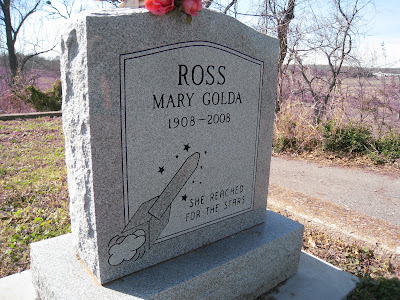 Posted by Jane Johansson at 6:53 PM