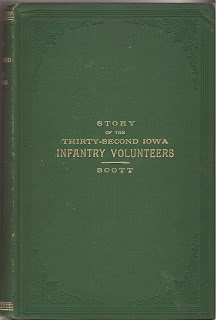 After meeting the rebel battery that was rushing to this dance of death the prisoners met Gen. Kirby Smith, who inquired to what troops they belonged, and on being told he remarked that he knew very well that they were not the sort they had met the day before. As they passed to the rear they saw many of those killed in the battle of the 8th, lying where they fell, and so covered with the dust raised by the troops that they could hardly be recognized as human beings” (pages 162-165).
Posted by Jane Johansson at 7:24 PM