You never know what you will discover when you’re on vacation. At least that was my experience while visiting friends recently in . One day while my friend and I were driving through nearby Benzonia (on a cloudy but delightfully cool morning), I looked over and saw 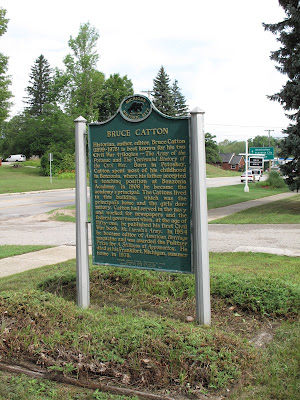 I shrieked (no doubt unnecessarily startling my friend) and told her that we had to stop and read the sign. Bruce Catton helped inspire my interest in the Civil War. In particular I remember taking Mr. Lincoln’s Army, , and A Stillness at Appomattox to my junior high classes where I read them at every opportunity. There is really no telling how many times I read them; his emphasis on the common soldier and their regiments was fascinating to me. One of my great regrets is that I never wrote a fan letter to him. Next to the historical marker is a building that once housed the Benzonia Academy where Catton’s father worked as principal; the Catton family lived in this building. Now it houses, among other things, a public library. 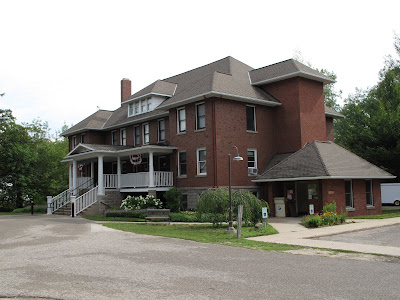 After the library opened that day, my friend and I entered the hallowed halls and discovered the Michigan Room that has a photograph of Catton as well as a display of his books. The librarian soon sensed that I had an interest in Catton—perhaps taking multiple photographs gave it away? She kindly directed me to the room that Catton and his brother, Robert, lived in during the academy years. For those interested in Catton's youth in Michigan, I highly recommend his Waiting for the Morning Train: An American Boyhood.

While growing up in tiny Benzonia, Catton knew many veterans who had served in the Army of Potomac. As Catton explained “they were grave, dignified, and thoughtful, with long white beards and a general air of being pillars of the community. They lived in rural Michigan in the pre-automobile age, and for the most part they had never been fifty miles away from the farm or the dusty village streets; yet once, ages ago, they had been everywhere and had seen everything, and nothing that happened to them thereafter meant anything much” (Mr. Lincoln’s Army, xi). These men had a profound influence on Catton and inspired his interest in the Civil War. He dedicated his book Never Call Retreat “To the one-time members of E. P. Case Post Number 372, Grand Army of the Republic, who now sleep in the village cemetery at , this book is affectionately dedicated.” The following monument erected by Post 372 stands in the : 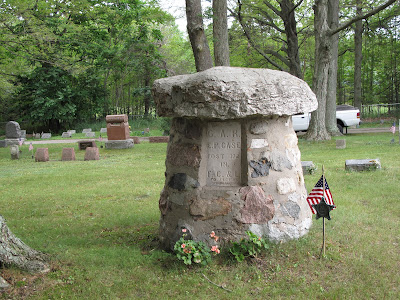 According to a woman at the Benzonia Public Library, Catton was cremated but there is a headstone in his memory at the . Of course, my friend and I had to locate this, and we did! Unsurprisingly, but rather poignantly, Catton’s headstone is not too far from the very men who inspired him. The flags mark the graves of Union veterans near the Catton family plot: 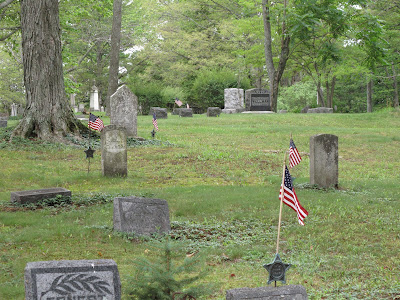 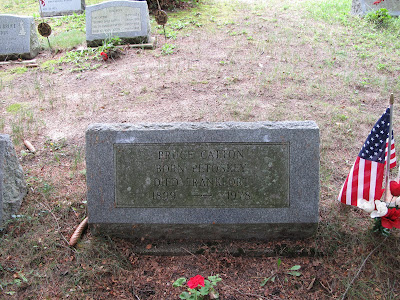 A fan had left a handwritten note in June 2010: 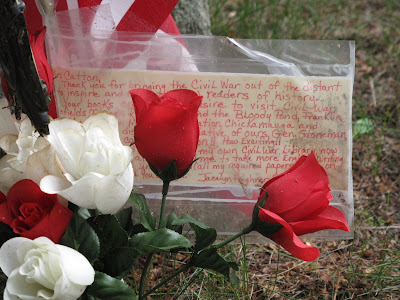 Posted by Jane Johansson at 4:53 PM